Book now and save up to 10% with Madame Tussauds

Book Madame Tussauds plus one other attraction for £50

Standard ticket to Madame Tussauds £37 on the door

Save 40% off student admission for school trips to Madame Tussauds

The history behind the famous Madame Tussauds museum in London is a fascinating one. Their doors first opened more than 200 years ago and still to this day, it remains as popular as ever, with millions of tourists continually flocking through the doors year after year.

Capturing the hearts and imaginations of its visitors, and those who do, do so out of pure curiosity and a love for witnessing some of the most rich and famous individuals to have ever graced the planet.

During a trip to this old-fashioned, classic establishment, you are sent on a fun, emotion-fuelled journey through time, while given the opportunity to get all up close and personal with your heroes.

From Hollywood stars, musical legends and sporting greats to politcal masterminds and acclaimed historical icons. You'll be able to relive their famous moments, which made them who they are today.

Madame Tussauds came to be in London in 1835, although their inspiration and roots date all the way back to 1770 in Paris, the capital of France. It was Madame Tussaud who under her mentor; Dr Philippe Curtius, learnt the art of wax modelling during the French revolution.

It wasn't until the early years of the 19th century when Madame Tussaud made the journey across the British Channel to England. This was a time when the latest news was mostly communicated via word of mouth, and it was Madame Tussauds' travelling exhibition of radical artifacts and effigies of the heroes and rogues of the time, that allowed ordinary people a face-to-face insight on those in the public eye.

Then, in 1835, a fixed establishment for Madame Tussauds was found in London as the 'Baker Street Bazaar', where its visitors paid a sixpence to take a closer look at the famous faces of that current time. This tradition is still the same today, however, the permanent base has moved to the location it is still at today, in Marylebone Road in 1884.

Nowadays, the wax figures that are enclosed at Madame Tussauds are a blend between history and celebrity. Ranging from David Cameron to David Beckham, Sherlock Holmes to Judi Dench and Usain Bolt to The Queen. It's so diverse and broad-ranging, which is why it is such a phenomenon and gained such a large, intrigued worldwide audience.

If you have a dream, which is to meet your idols, this is the perfect opportunity for you to do so. Online at Madame Tussauds, you can book/purchase your tickets to gain entry, and this is something we highly recommend before your visit to London, as prices are dramatically cheaper. But, also, it will save you the time and hassle of queuing.

As always, here at Money Saving Heroes, you will find all the very latest discounts and money-saving offers for Madame Tussauds.

This popular attraction is loved by millions it’s no wonder that it’s as popular now as it was when it first opened its doors 200 years ago! Full of brilliant wax work models, a tour of Madame Tussauds will allow you to get up close and personal with leading politicians, popular sports personalities, the biggest music and film stars and even members of the Royal Family all in one day. You can learn all about some historical figures and enjoy some scares along the way. A great day our for the whole family Madame Tussauds is certainly one attraction you should put on your to do list. 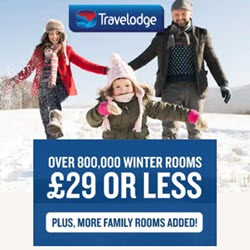