We check every deal and Hilton Hotels discount code to make sure they work and will save you money at Hilton Hotels.

Save up to 25% off Europe stays with Hilton Hotels

Universally recognised as one of the industry leaders, Hilton Hotels & Resorts is an international hotel chain, with close to 100 years worth of experience. Originally founded in the United States in 1919, Hilton became the first coast-to-coast hotel company in the country during the 1940s and has since expanded into a global operation.

The company was first established when its creator, Conrad Hiton, purchased a single hotel in Cisco, Texas. However, today, Hilton Hotels & Resorts can be found in 78 countries, spanning six continents, with more than 540 hotels in total, including chains in most of the major cities throughout the United Kingdom.

Hilton branded hotels are strongly associated with ideas of luxury, style and sophistication. A typical guest room in one of the company's hotels features a contemporary design, key amenities and a number of useful extra facilities, while there are on-site options for food and drink.

As far as its customer base is concerned, Hilton Hotels & Resorts target people travelling for both business and leisure purposes and their locations are planned to accommodate differing needs. As a result, Hilton hotels can be found in major city centres, near airports, in popular tourist destinations and close to convention centres.

The main company website allows visitors to browse, search for and learn about Hilton hotel and resort destinations around the world, as well as make reservations for planned stays online. Moreover, special offers are often promoted on the website, allowing customers to save money on their holidays or business trips.

Hilton Hotels also offer a customer loyalty scheme, 'Hilton HHonors', which has over 30 million members, making it one of the largest examples of such a scheme. The programme allows customers to collect points, which can be used in exchange for a number of benefits, such as priority booking, discount rates or access to extra facilities.

In addition, the business maintains partnerships with a number of airlines, allowing for customers to accumulate both Hilton customer loyalty points and airline frequent flyer points simultaneously.

The historic 125 year old Concorde Paris Opera hotel in Paris, France will officially relaunch as part of the Hilton Hotels brand later in 2014. The conversion project has seen the hotel, which will now be known as the Hilton Paris Opera, subjected to a $50 million enhancement and restoration process.

Upon completion, the hotel will include more than 250 guest rooms, as well as seven meeting rooms, spread out across five different floors. Some of the major changes have included the creation of a trendy new bar and the redevelopment of a grand hall at the hotel's main entrance.

"We are delighted to be welcoming this legendary Parisian hotel to our Hilton Hotels & Resorts portfolio," said Rob Palleschi, the company's global head. "At the heart of one of the world's most popular destinations, Hilton Paris Opera will offer leisure and business travellers a unique experience."

The new Hilton-branded hotel is currently scheduled to open in September 2014.

The company website is open and available to take bookings 24-hours a day, seven days a week. Opening hours and check-in times vary from hotel to hotel and will need to be checked on an individual basis.

Customers can get in touch with Hilton Hotels via the 'Contact Us' page on their website. For assistance with online reservations, customers can also telephone: 1800 774 1500

Leaders in hospitality, Hilton Hotels & Resorts have over 540 hotels located in 78 countries within 6 continents worldwide and over 9 decades of experience in the sector. They have become a luxury brand and you’ll often find their Hotels & Resorts in some of the most breathtaking destinations. Over the years, Hilton has built up a reputation renowned for their superiority, stylish presence and their innovative new approach to provide an unparalleled service. Whether you want to go on a short city break or long holiday abroad, you can be sure of finding the ideal hotel in the destination that you desire. If you want to book online at Hilton Hotels & Resorts, here at Money Saving Heroes you will find a grand selection of live deals and voucher codes to use to ensure you receive the best available price. 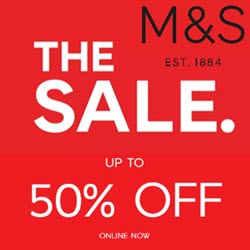 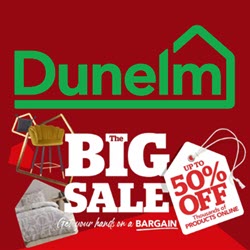